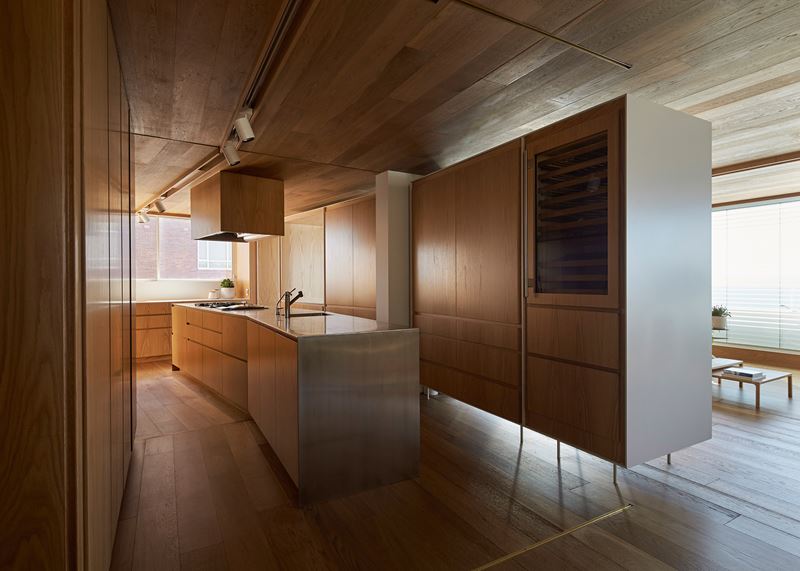 The apartment as art

This Darling Point residence is a marvel of ingenious design and engineering. 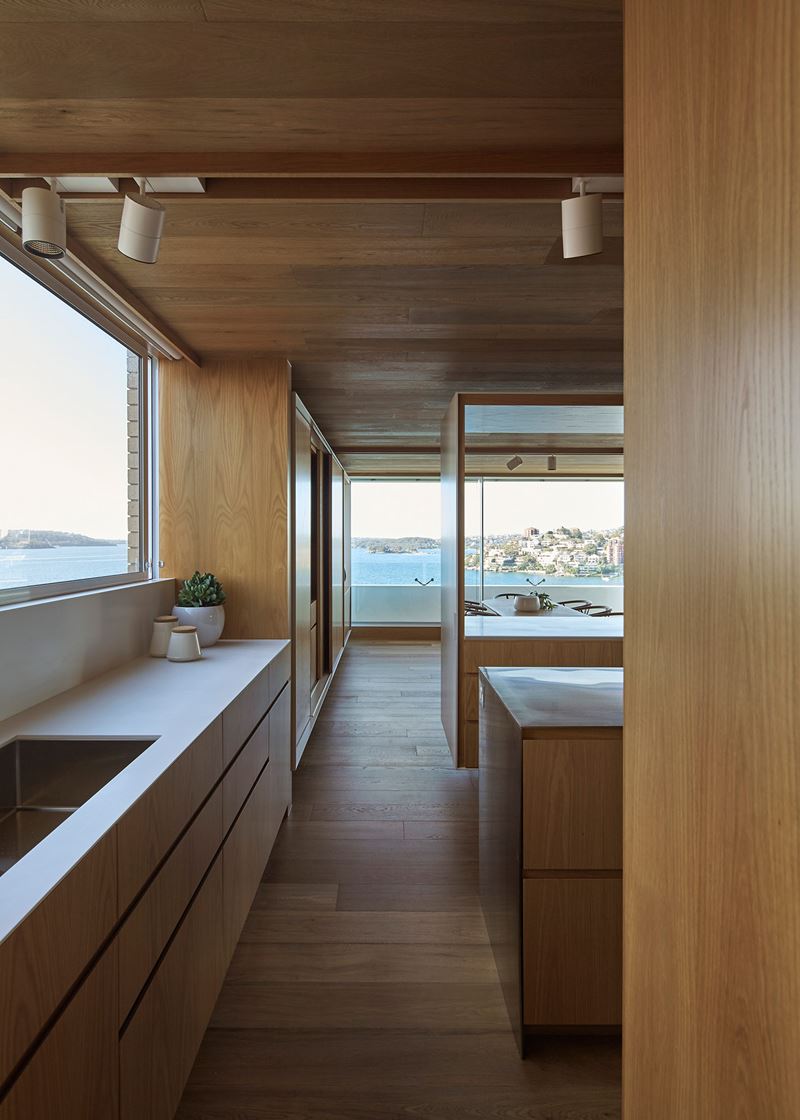 Even before architect Tony Chenchow's Darling Point Apartment was named Best New Entry in the 2015-2016 Sub-Zero and Wolf Kitchen Design Contest (KDC), it had earned several awards. Most notably, it was Australia's Houses Awards 2016 House of the Year – the first time an apartment has ever been so highly honored.

"The awards we've been so fortunate to win reflect a change in the way Australians are living today," says Tony. "They're moving out of the suburbs back into the city, to take advantage of the lifestyle, the entertainment and dining. They want apartments with the same kind of warmth, sophistication and elevated design that they've grown used to in their detached homes."

With Darling Point, a Sydney couple was downsizing from a large family home to a much smaller apartment. And oh, what an apartment: in a high-rise building just east of the iconic Sydney Opera House, it had stunning views of Sydney Harbor.

It also had a unique footprint. "Unlike the typical rectangular apartment, this one was fan-shaped,” says Tony, “radiating out to views of the harbor. The shape also made for an amazing quality of natural light."

Tony knew he had the opportunity to do something special with Darling Point, but first, he had to figure out how to satisfy the stringent requirements of his clients. They intended to continue entertaining and cooking for family and friends, so they needed a functional and well-equipped kitchen that accommodated their Sub-Zero and Wolf appliances. As significant benefactors to the Australian art community, they wanted to showcase the 40 or so pieces of artwork in their collection.

"It started with the artwork," says Tony. "We laid every piece out in the apartment, and realized there wasn't enough wall space to display it all. So we devised a series of sliding screens, with the paintings layered behind each other, allowing the clients to display whichever works they wanted, whenever they wanted."

For the kitchen, Tony and his team created unique joinery pieces, made of American oak and framed in fine white steel, that appear to float in the space while housing the client's appliances. "The engineer we were working with was shocked at the weight of the appliances," laughs Tony. "Your products are very well-built. He had to deal not just with the static load, but also the load when the refrigerator door is opened."

"The floor to ceiling height of Darling Point is quite low," says Tony. "Floating the kitchen creates a greater sensation of space and lightness."

Taking off on the sliding panels of artwork, the kitchen has recessed and hinged sliding doors, which create fluid rather than fixed views, and allow it to be closed off, so caterers can do their work while the clients are entertaining in the main living space.

The kitchen island is kinked to follow the geometry of the apartment, as are the lighting track, timber ceiling and floorboards, emphasizing the bending of the space, and the different perspectives and views as you move from one room to another.

"I think that ultimately, what impressed the KDC judges is that Darling Point is very unexpected," says Tony. "But with our practice, we try to give each client a high level of craftsmanship and customization, so they have something that is their own, and enhances their quality of life."

Tony is one of three Australian winners in the 2015-2016 KDC contest. We ask him if he can explain the resounding success of he and his compatriots.

"We're a young country," says Tony, "looking forward, not back, and constantly questioning traditional ways of design. And we're so far away from everyone, we do things our own way."