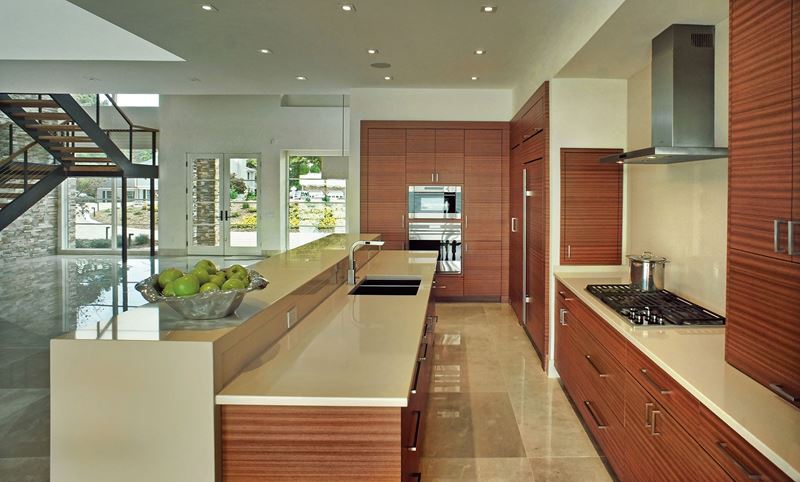 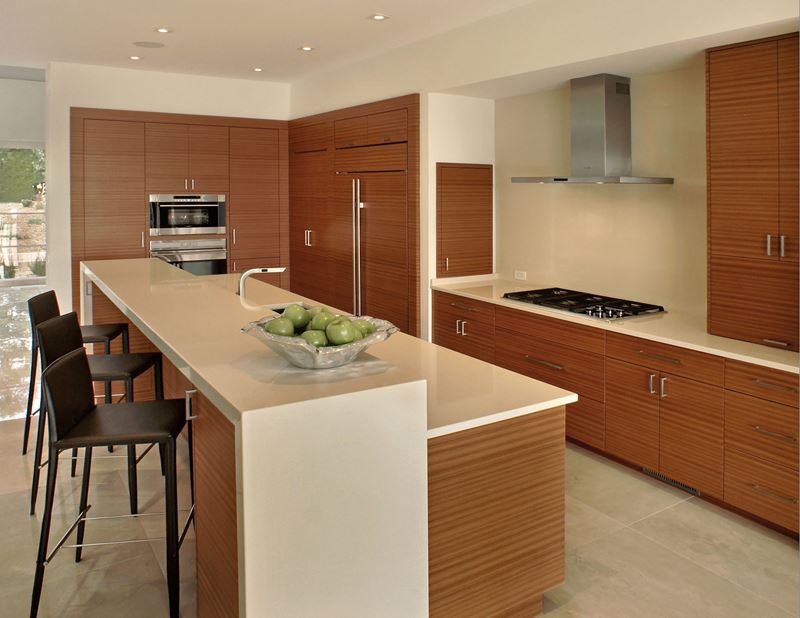 It was a stunning vision: a bold expression of California modernism, all stone and glass and clean straight lines, on the water of this coastal community in Virginia.

The kitchen would not be tucked away in the rear of the house – the architect and design professionals dictated that it had to be a front and center showstopper. It was directly opposite a large space with a focal point stonework wall and soaring ceilings, so it had to be a warm, welcoming element in the home.

In order to make the kitchen appear larger than it actually is, and balance off the high ceilings in the room it faces, the team used many tall cabinets, and chose a horizontal grain that added not only warmth, but a more dramatic presence as well. The homeowner wanted the cabinetry to feel as if it was organic, and had literally grown there.

Again, to give the kitchen more presence in the space, the appliances had to be integrated into the cabinetry to the greatest possible extent. That clearly called for Sub-Zero, Wolf, and Cove. The contemporary feel of the Wolf E series products as well as the ability to accomplish a flush inset installation enabled the designers to orchestrate an overall unbroken appearance. Hidden in the cabinetry, just to the left of the Sub-Zero integrated refrigerator and freezer columns, is the entry to a large working pantry. It is brilliantly done, with the horizontal grain matching from one wall to the next.

This unique kitchen has one spectacular trick up its sleeve: you can stand in the space and see nothing but water. The infinity pool appears from the kitchen to be connected to the bay beyond. It is this perfectly thought out combination of form and function that makes this an award-winning project, and one that will give the homeowners a deep sense of satisfaction and pride for decades to come.