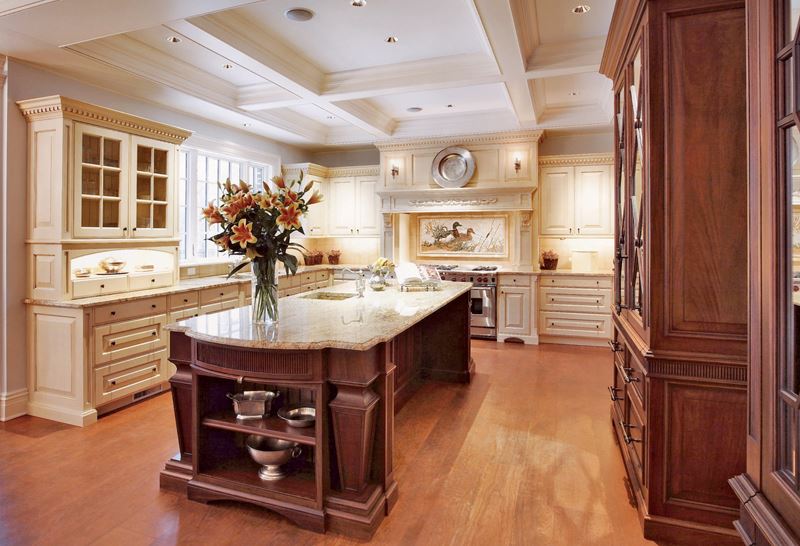 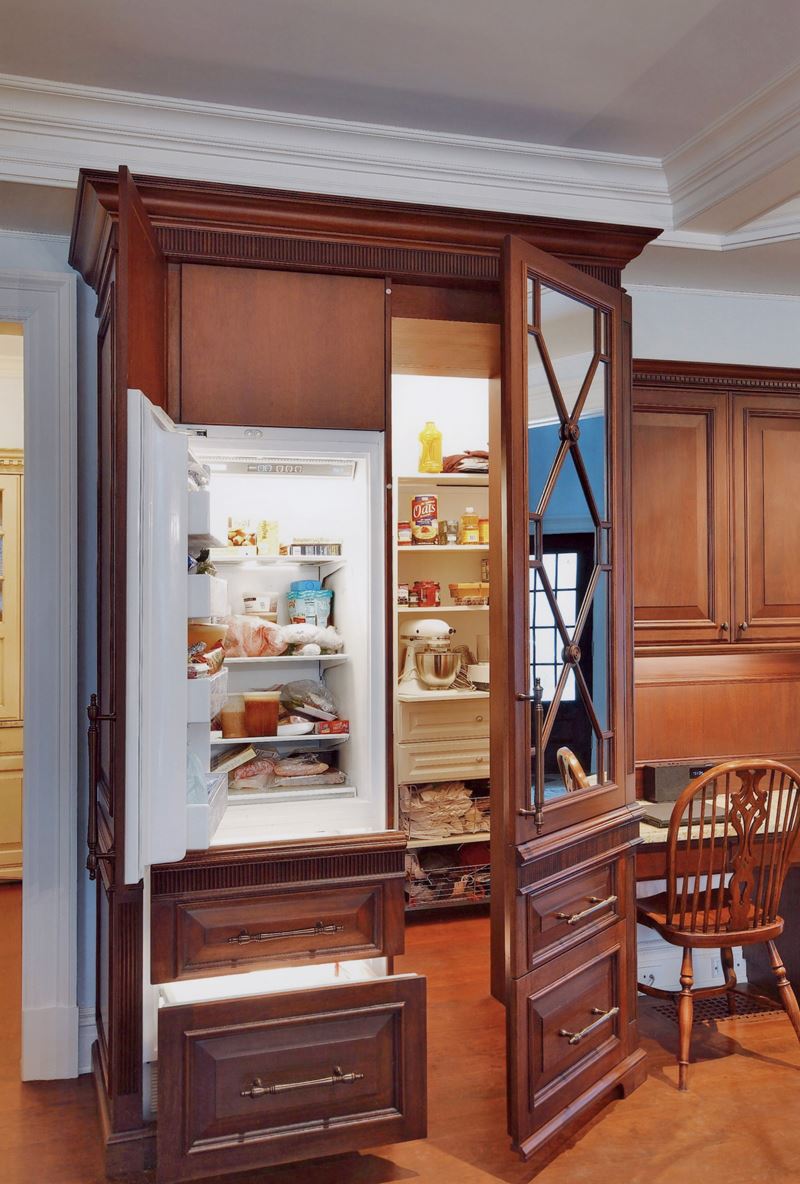 This kitchen may feel Georgian, but its creation was equally inspired by the classical arts and a deep appreciation for the talents of individual craftsmen.

Designer Vincent Cappello says that working on Mallard Pond, a new estate surrounded by horse farms in Ridgefield Connecticut was a dream come true. In the spirit of an old southern plantation home, the Georgian-style manor designed by architect Jeff Mose holds court in the center of a large swath of acreage. The owners, an educator and an investment professional with Italian heritage, sought out the most talented craftspeople to design and decorate their abode with a very traditional, very high quality look and feel. They also needed the kitchen to be appropriate whether they were cooking for two, hosting small gatherings of friends and business associates, or having large events catered.

Cappello tweaked architectural plans for the kitchen and butler's pantry for more storage. In a masterful twist of trompe l'oeil (French for 'deceive the eye'), he situated a walk-in pantry behind a mirrored mahogany armoire that matches an identical armoire concealing a Sub-Zero Integrated refrigerator. "I didn't like the idea you had to walk around the kitchen to get to the pantry," says Cappello, whose father is a furniture maker in Europe, adding that he had to cajole his design partners about the mirrors and assure them they would not come across as glitzy or garish, since they would be reflecting the tasteful kitchen. "This is like a secret passageway," says Cappello. "Sub-Zero integration was the coup—it allowed total flexibility."

Every detail from the coffered ceiling and dental moulding to undermount granite sinks and stainless steel Wolf 48-inch range, convey the understated masculinity of a true Gentleman's estate. The custom island is almost 13 feet long and seats six, but feels intimate thanks to detailed moulding and substantial tapered legs. The Mallard-themed tile mosaic backsplash was fashioned by a local artist. "The homeowner is a true renaissance person, like the patrons who hired best of the trades," says Cappello. "He embraced the craftsmanship of every individual."